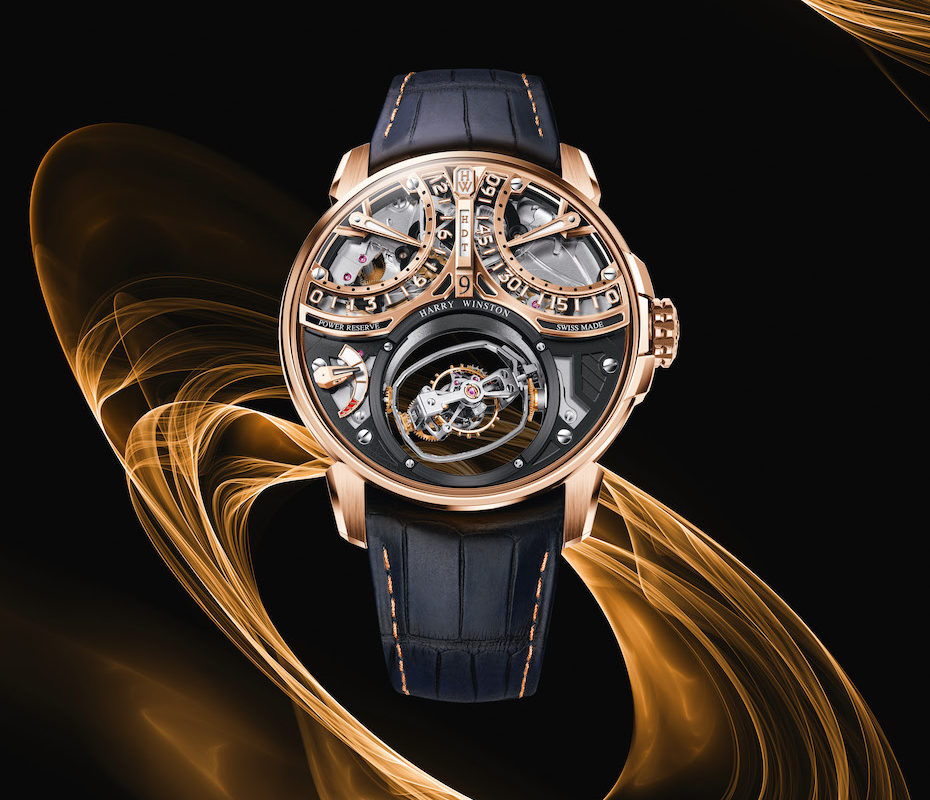 For nine years, the exceptional qualities that characterize Harry Winston have been embodied in a singular tourbillon watch. Histoire de Tourbillon 9–the latest from a long lineage of timepieces–casts a new light on fine watchmaking innovation. Its triaxial tourbillon has been augmented with retrograde jumping hours and retrograde minutes. 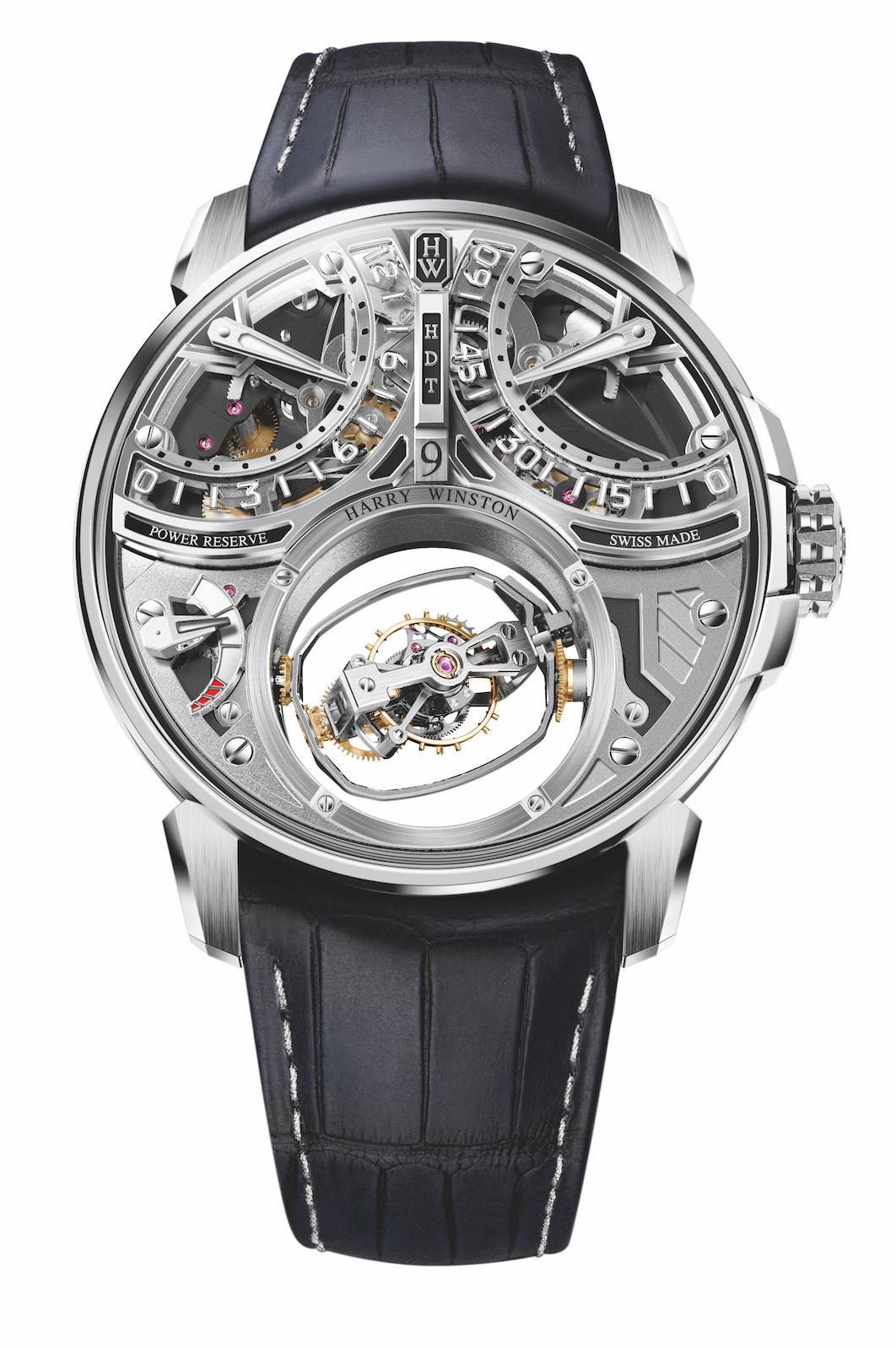 The case, in 18kt white or rose gold, measures 46.5mm x 20.8mm. It has a domed AR-coated sapphire crystal, a sapphire display back and it is water resistant to 30 meters. The three arches that cover and encircle the crown on Histoire de Tourbillon 9 – was inspired by the entrance of Harry Winston’s Fifth Avenue Salon in New York City.

Movement is the Swiss manual-wind Harry Winston in-house caliber HW4504 with 58 jewels, 21,600 vph and a power reserve of 50 hours. It is comprised of 408 parts, of which 117 are in the tourbillon. The HW4504 caliber was designed exclusively for Histoire de Tourbillon 9. This development guarantees an exceptional degree of exclusivity, since only 20 models total will be made. 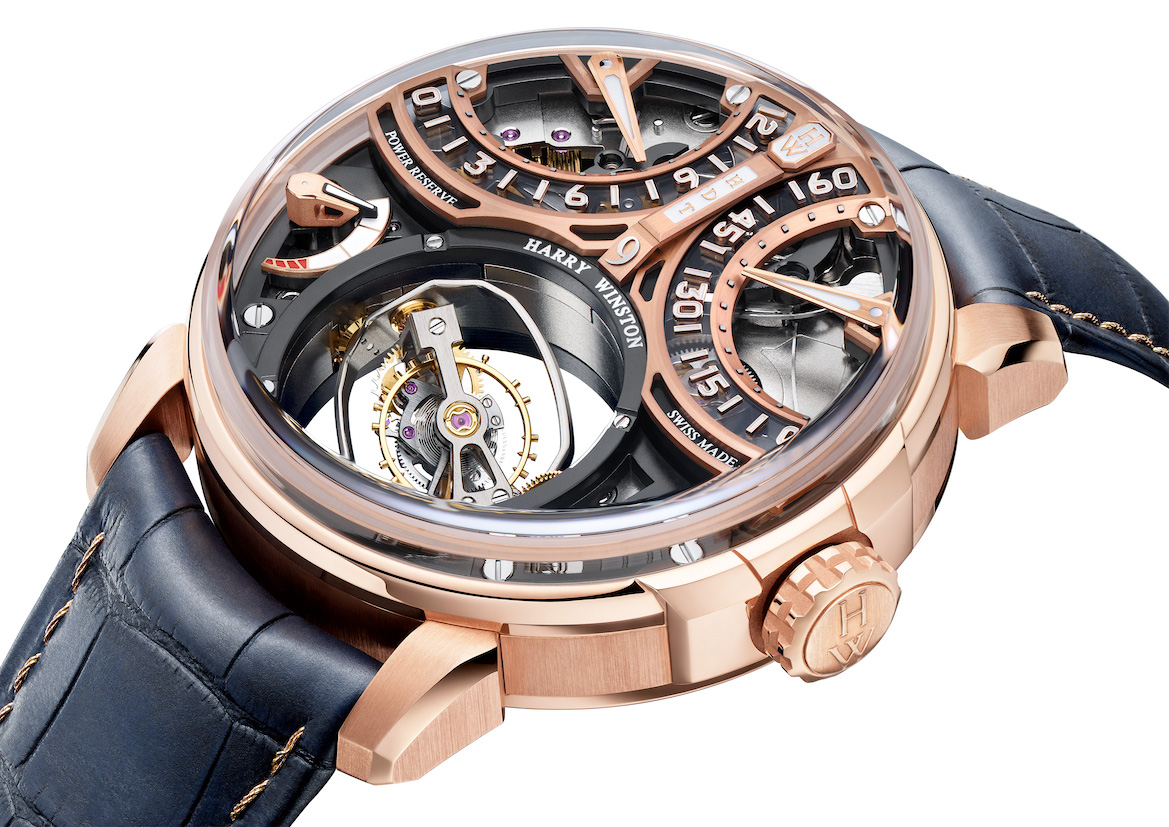 It has a beautiful skeletonized dial with hand beveling. The hour and minute hands circle directly above the movement and point to two zones calibrated with Arabic numerals. The power-reserve indicator at 8 o’clock displays a field and a two-part hand that share a distinctly three-dimensional nature.

The timepiece comes on a black alligator leather strap with 18kt rose gold or platinum thread. Matching with the gold Ardillon buckle.