3 Seiko Watches that are Totally Worth It

While when it comes to watches many forget where the Japanese have in seat in the horological world. Many forget about the brands such as Grand Seiko, Citizen, or even Credor. In fact, Japanese watches have often taken the back seat of the luxury horology stakes. In the list below, the top four Japanese-made watches are picked that are totally worth buying.

We begin with perhaps the most popular watch within the Grand Seiko range. The Snowflake, originally the SBGA011, and now SBGA211 with the new GS livery. The watch sports a proprietary Spring Drive movement, and is finished to the high and exacting standards needed to make it a Grand Seiko.

The dial is a very special textured surface, and provides hours of fun watching it play with the light. Amazing watch, and represents a good introduction into the great horology world of Seiko. Moving to a more affordable price,  priced at €,2,800 (about S,$4,500). This is the Pressage 60th Anniversary Limited Edition, and the one we picked is  presented with a traditional Japanese Urushi dial.

This Seiko features a fully in-house automatic chronograph movement and is limited to 1000 pieces. More than anything, the visual design is very appealing with a sleek curved case.  The black base is made from the application of numerous layers of sap from Japanese lacquer trees. This is done under the watchful eye of Mr Isshu Tamura who is a master of the art of Urushi lacquer techniques. With an even more affordable price, the Seiko Automatic Diver priced at a mere S$ 667.70. This watch features its very atrractive red and blue “Pepsi” styled bezel. The case is a tonneau shape, which in fact Seiko enthusiasts have named Turtle. It is rated for up to 200 meters and the indices on the dial are wonderfully large to allow good legibility under the dark conditions of the deep. 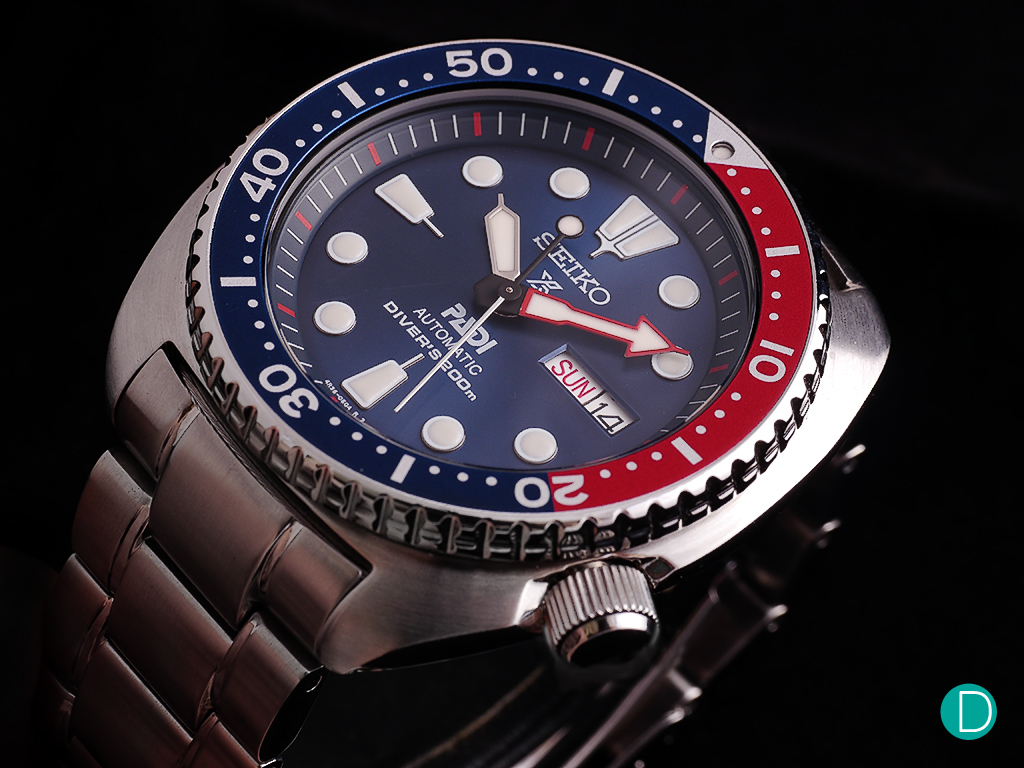